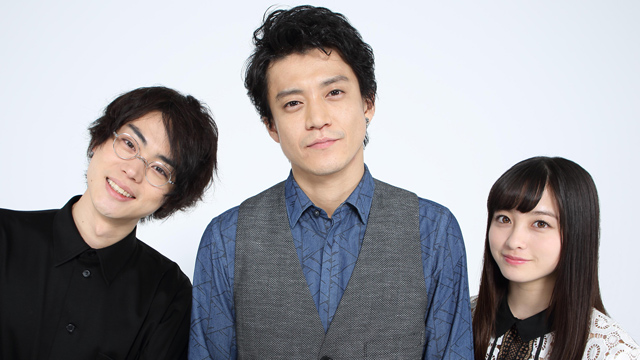 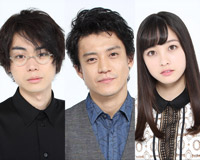 Q: How did you confront your own roles?

Oguri Shun: When Director Fukuda Yuichi told me 「to be 『Gintama』’s Sakata Gintoki」 in Hawaii, I responded with 「give me time to consider」. I only started following the comic after knowing about the live action production. However 2 days later, Producer Matsuhashi Shinzou also came to Hawaii…

Suda Masaki: This is amazing! (laughs).

Oguri: So, I was thinking if they had persisted to this extent, and the original creator Sorachi Hideaki-sensei had said that 「it can only be Director Fukuda if adapting into a live action」, they must have caught sight of something so I decided to appear in it. However, it seemed like the portrayal of the role was entrusted to Fukuda-san, and this was nothing like Gintoki-san! Please note that it was the fault of a person called Fukuda-san.

Suda: I also didn’t do anything in particular. I had to be more bubbly by about 2 levels from my usual appearance on television, and at about the same level of excitement. Subsequently, I was thankfully assisted by Shinpachi’s costume and hairstyle as well as his glasses.

Hashimoto Kanna: I was instructed to watch the anime version before filming, Kagura’s distinctive way of speaking, 「~aruyo」 inotation was difficult. Overdoing it is wrong, but doing it too normally isn’t Kagura as well. Nevertheless, Director Fukuda advised to 「let’s try and do it this way」, so it felt like I had left it to the director.

Q: We couldn’t stop laughing madly since the scene from the first half where almost the entire cast had to run with all their might.

Oguri: That was humid. Especially when my costume was a denim jumpsuit so I was perspiring profusely.

Suda: My costume was made of jersey.

Suda: Yup. So, I was comfortable.

Hashimoto: Kagura’s costume was also humid. I was troubled by perspiration all the way to my neck because of the collar. 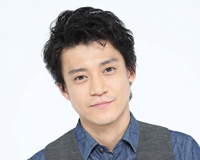 Q: It was filled with Director Fukuda-style gag, so how do you transit to the cool scenes?

Oguri: Left it to Fukuda-san. The lines were also according to the script. There was no improvisation.

Suda: Are you serious? ……Definitely, a lie.

Suda: It’s not okay~ I think (laughs). Although the balance between solemnity and joviality is the fascinating aspect of 『Gintama』, there is no lack of action because of Benizakura’s appearance this time. Even though it was a full dress rehearsal in a venue worth seeing, I was exclaiming 「that’s dreadful」 while eating ice cream (laughs).

Oguri: Didn’t Suda had it the worst. A sudden attack on (Sato) Jiro-san with a sword (laughs).

Suda: That was a different form of uneasiness present, we didn’t mention 「dreadful」 in front of each other (laughs).

Oguri: Was it like 「a taste for such pain exists」? Jiro-san said it during the filming right?

Suda: Exactly (laughs). This line, wasn’t written in the script.

Oguri: Are you kidding me! (laughs). I really had a dreadful time. Never-ending action scenes. I had a 10-day battle with Arai (Hirofumi) who was acting as Okada Nizou.

Suda: However, Kanna-chan had a lot of action scenes too.

Hashimoto: It was the first time I had to move in such manner.

Oguri: You also had to practice wire action (or more commonly known as wire fu) right.

Suda: How did you film the action scenes using acrobatics to avoid gunshots? I thought I had grasped what Kanna-chan was like during our breaks.

Hashimoto: How did I film them? I was desperate, beyond comprehension. Nonetheless, I did almost everything myself except for the backflip.

Q: Even the scene where you were spinning around Nanao-san who was acting as Kijima Matako?

Hashimoto: I had to practise a lot for that, and it was a lot harder than it looked.

Hashimoto: I couldn’t even execute the initial groundwork technique.

Hashimoto: I was thinking, I couldn’t even do the half spin so how was I going to complete it? 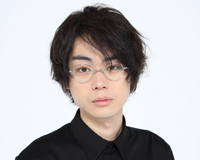 Q: Although there were many interesting scenes, which one do you like best?

Oguri: Without a doubt, it is the opening song which I had to sing (laughs).

Suda: It became a classic song.

Oguri: Because of it I could debut as a singer (laughs).

Suda: However, lyrics that we can’t understand are in which language……

Oguri: It is Arabic.

Suda: For me, I like the scene where Shinpachi’s sister Tae (Nagasawa Masami) was reading consonants from 『Dragonball』 to Gintoki-san.

Oguri: That, was funny right~.

Hashimoto: I wondered what sort of scene was this (laughs).

Q: The scene where Shinpachi went to help Kagura but became incompetent along the way was amusing.

Hashimoto: I laughed normally at that part.

Oguri: Before filming it, I was asked to show him 「how to pose like Gin-chan」. 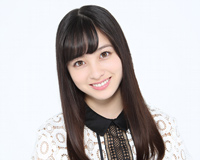 Q: Hashimoto-san who had immersed herself into the role made us laugh.

Suda: The scene where she said 「stained panties」 to Tamako just to unsettle her was funny.

Oguri: It was funny indeed.

Hashimoto: In retrospect, I wondered why I had to go so far.

Q: Eye-rolling also made us burst into laughter.

Hashimoto: I was also shocked when I watched myself, before filming the director would demonstrate with 「such a face」, so I imitated it by opening my mouth and nostrils wide. However, I found it very difficult to open all the holes (laughs).

Suda: You learned something awesome (laughs).

Q: Oguri-san, were you motivated after co-starring with 2 young artistes this time?

Oguri: But I didn’t receive any motivation……

Suda: There must be something! (laughs)

Oguri: Their presence helped. I relied on them to create the mood of Yorozuya run by Gin-san.

Suda: I heard that Oguri-san would ask 「was today alright?」 after coolly decided on something.

Hashimoto: I impersonated that~ (laughs).

Suda: That is why, when everyone commented that 「it was cool」, he couldn’t stop his tears from flowing at that moment (laughs).

Oguri: Looks like I’m being teased today (laughs). Yes, please write it down.