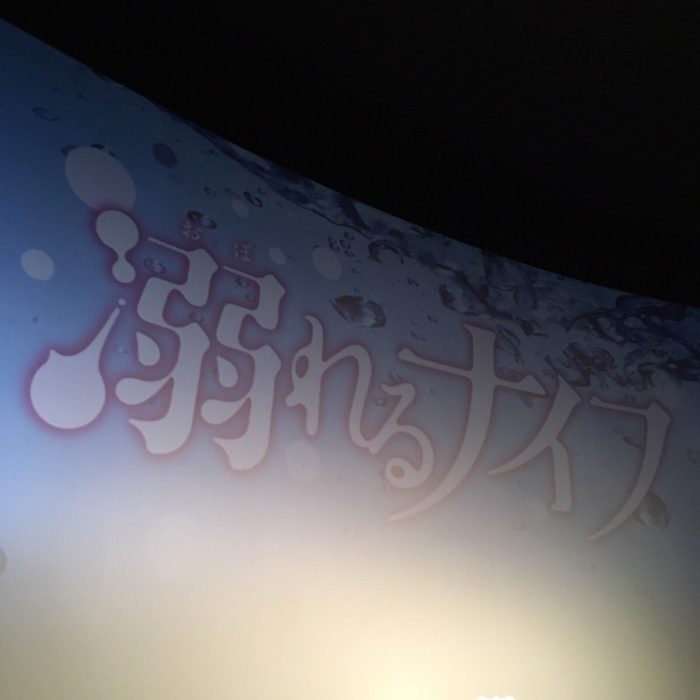 This movie leaves an impression associated with the word 「Beautiful」. How do the two perceive it ? ?

Suda-san 「We had to wait up to 3 hours in order to fulfill the director’s expectation of “capturing that bird for this scene” before. However I feel that it was worthwhile to spend time on such details to portray Kou-chan’s co-existence with the natural settings.」 He frankly revealed the importance of nature in the director’s works! 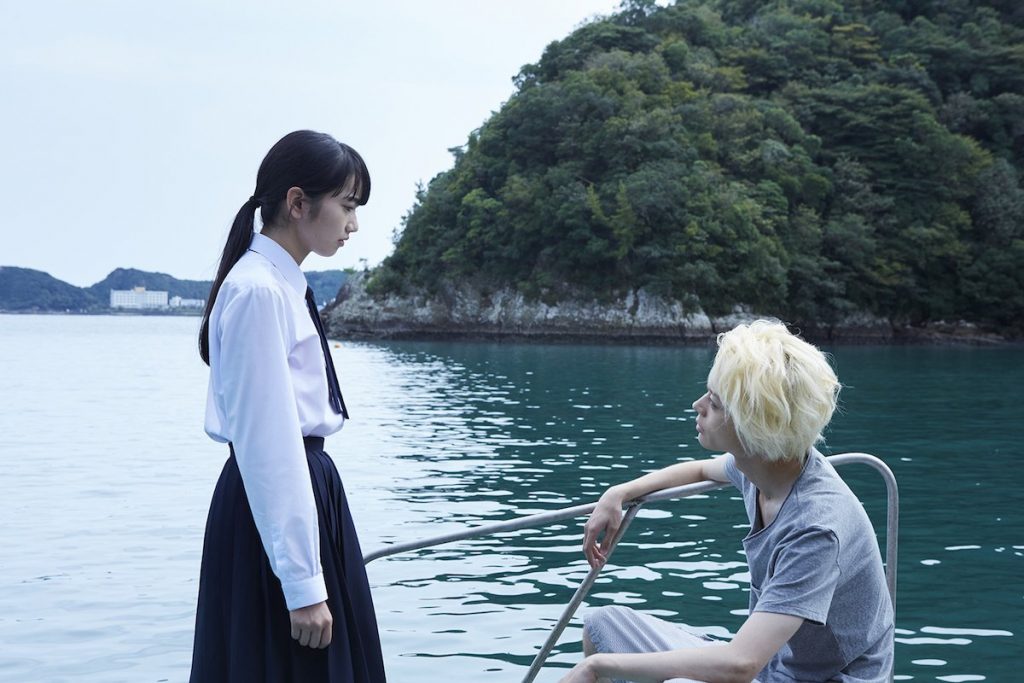 Next comes the hot topic of Natsume and Kou’s kiss scene ?

Suda-san 「We adhered to how it was portrayed in the original work right?」
However, Komatsu Nana-san disclosed their ad-lib conversation used to hide their embarrassment after the kiss scene, which went like 「How much does a photobook cost?」 「Around 1800yen」 「Inexpensive!」 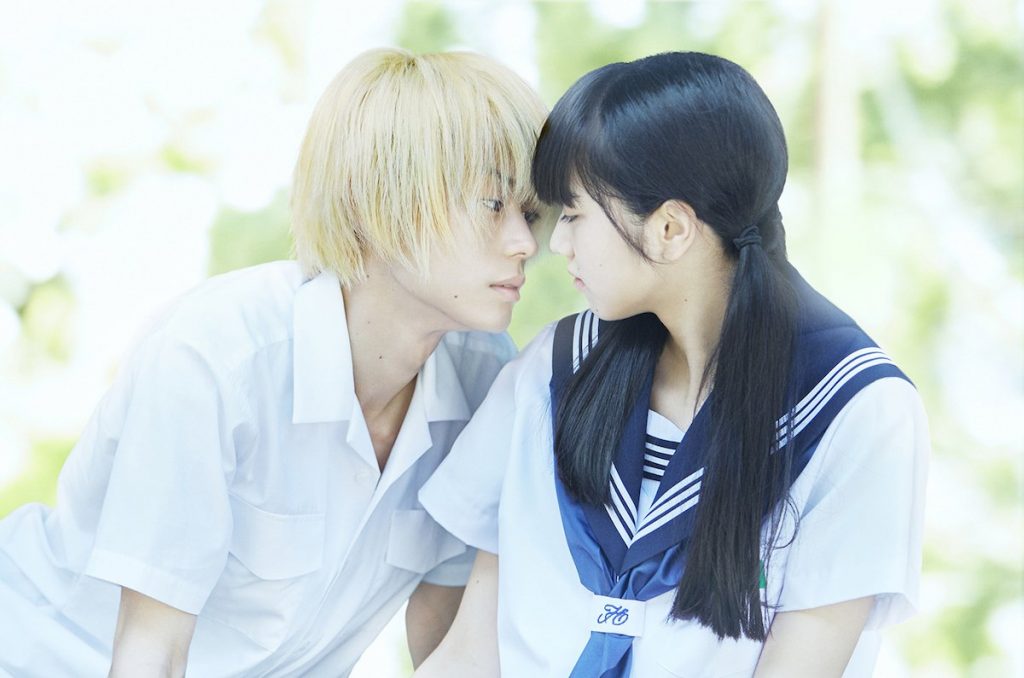 Next, it was time to find out the opinions of the audience

After knowing that the responses were good generally, they were asked if they would act together again in future.

Komatsu-san suggested to have more optimistic stories while Suda-san expressed his embarassment. He continued to suggest stories involving criminals or the police force. 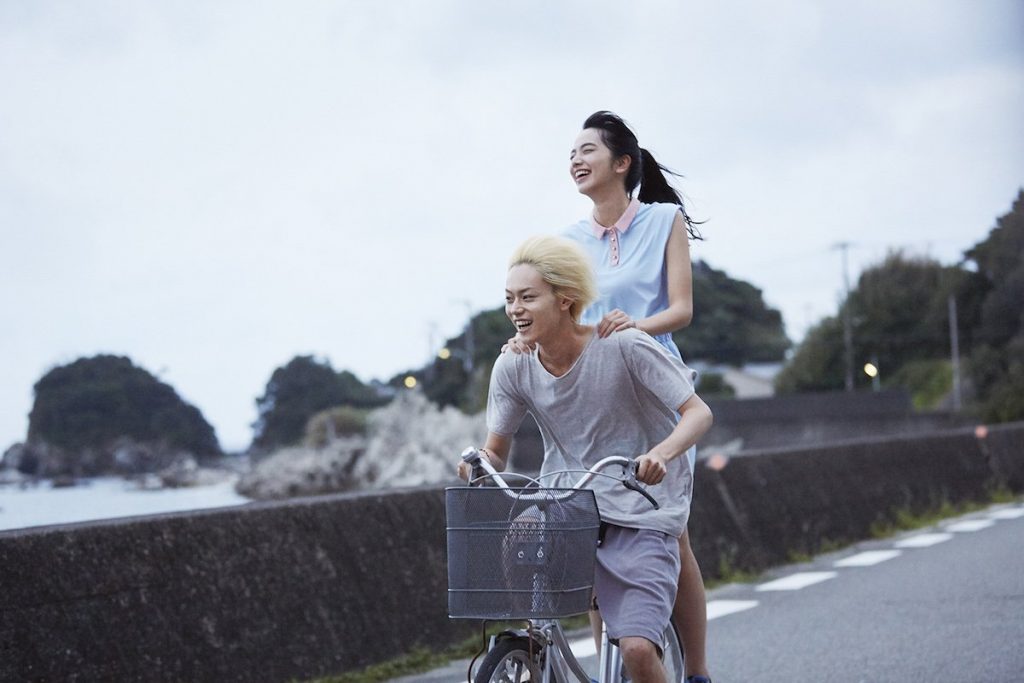 Komatsu-san and Suda-san continued to listen to the responses from the audience.
Both of them were delighted to be able to hear their views in person

Subsequently, Komatsu-san and Suda-san shared what Oboreru Knife meant to them ❣️

Eh…how should we read/interpret* Suda-san’s reply… ? ?
*It could mean how to read the kanji literally or how to interpret the kanji figuratively. 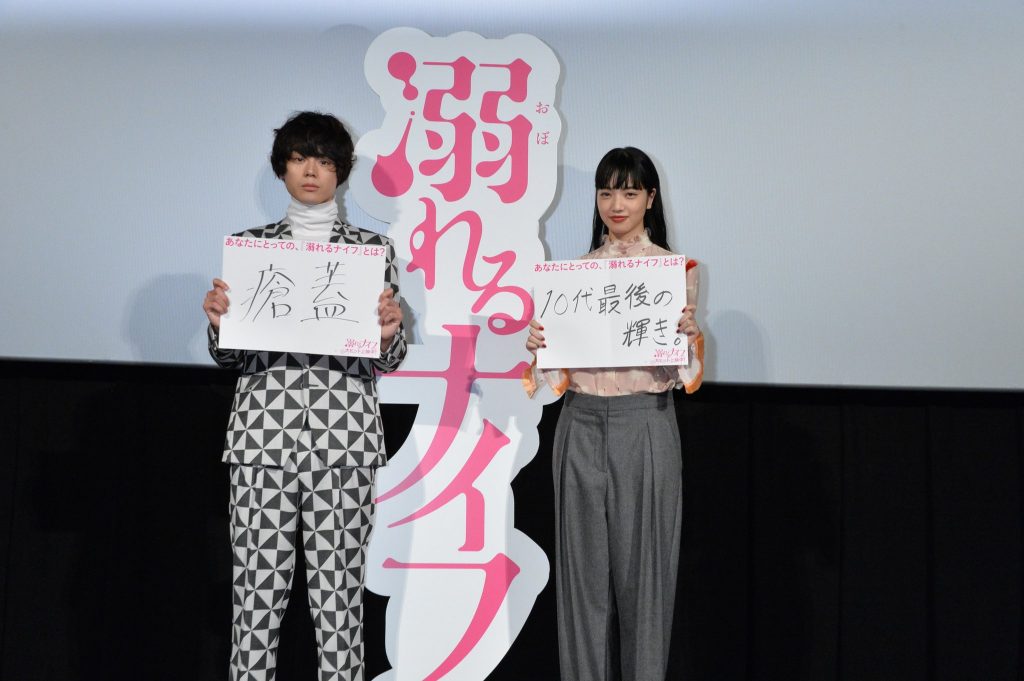 Suda-san 「”瘡蓋” is read as “Kasabuta”. A wound becomes a scab after a year. At that time, I was suffering setbacks physically and psychologically. As though I was a knife**. Perhaps it couldn’t be completed, and perhaps everyone wouldn’t be able to watch this movie, I was distressed.」
**Could anyone advise on this phrase ナイフということもあって? Knife, in this case, should be referring to how going through obstacles and experiencing pain is part of growing up.

The final message from the two

Suda-san 「The stage greeting could take place today because the movie was a big hit. I was uneasy since the movie was released. I am now elated to see so many audiences are watching it. If there is any scene that appeals to you, please encourage your friends to watch it as well.」

And the event ends on a peaceful note

!
We hope to see you at the cinemas 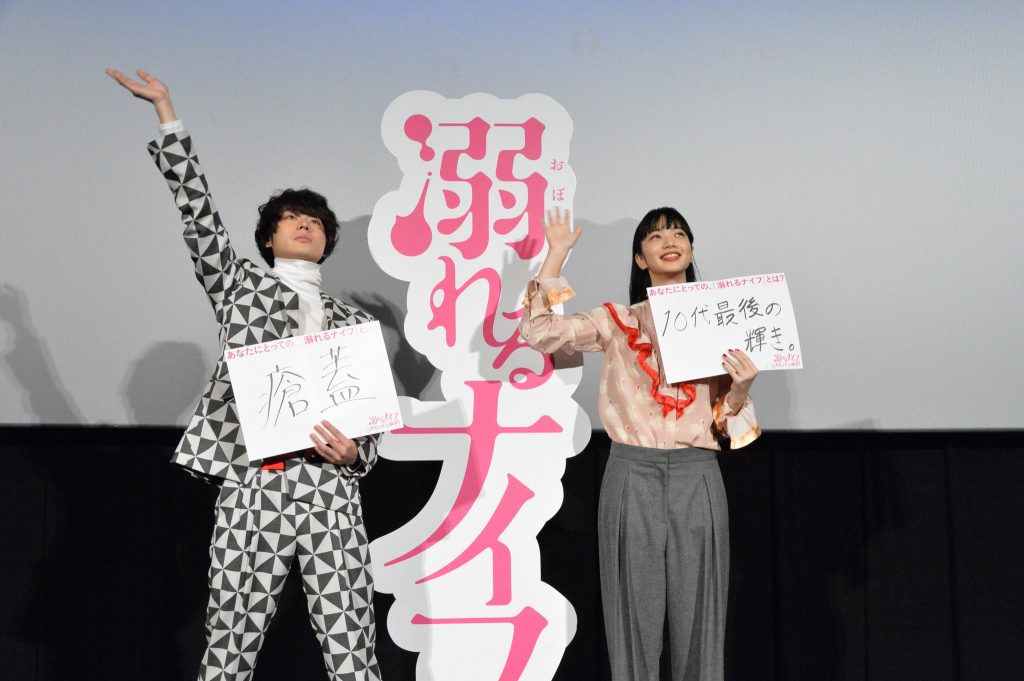