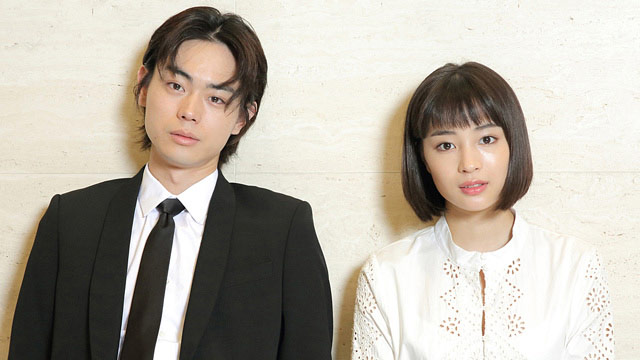 Watching the original production was like watching a documentary

Q: Did you know that this movie was based on the television drama 『Uchiage Hanabi, Shita Kara Miru ka? Yoko Kara Miru ka?』?

Hirose Suzu: I didn’t know. When I received word on this movie, many people told me that 「it is definitely better to watch it」. After watching it, to describe it as a colour it was red, or rather you would feel the perspiration from the realistic images as though they were emitting a smell. I thought that it was 「really good~」. It presented a unique perspective rarely seen these days. Filled with dreams, it was like watching a documentary of the coming of age for boys and girls.

Suda Masaki: I knew about it. So I watched again this time. As someone who is in the field of acting, it was a production that had many things I would strive for, and comprised many beauty-of-the-moment. It was a little orange or maroon, not blue but a little purple in terms of colour, I could feel Director Iwai Shunji’s sense of beauty with the time spent on framing this gradient. Furthermore he treated things just the way they were.

Q: What were your thoughts after hearing that the original drama would be made into an animated feature film?

Suda: I don’t have a preconceived notion of animation so I didn’t find anything particularly out of place. In fact, it was a little surprising. For a moment, I felt like my arms had stretched for who knows how many metres as though I was still a child, and I could run as though I became the wind. Animation may be the only media that can create such a feeling. I found that it was interesting to be able to portray such feelings in videos. 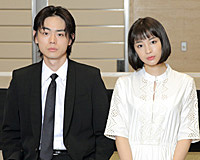 Q: Voices were recorded way before the video was completed right. It must have been challenging to portray voices of the characters just by looking at the storyboard.

Suda: Indeed. It was the first time I got to be a voice actor for an animated movie, so it was difficult. An elaborate task. Not talking about the level of threading a needle! We are talking about something way beyond this level. Not about putting a thread through a small round hole, it was the need to consider vast amount of information such as length of time and tempo to adjust your voice appropriately.

Q: Normichi did sound like a middle school student right? 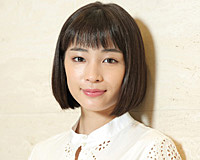 Q: The scene where Nazuna sang Matsuda Seiko’s 「Ruriiro no Chikyuu」 was astonishing.

Hirose: I love karaoke though.

Suda: Is that so?

Hirose: However I do not want to go (karaoke) with anyone. It’s fun to sing alone. So to sing a song for others to listen to…… but in the movie, Nazuna wasn’t singing for someone to listen to her. Even though I was aware of others around me, I consciously sang the song by humming.

Suda: I thought that the singing was like how Hirose-san talks.

Hirose: As the backdrop was that Nazuna remembered the song by hearing her mother sing it, instead of trying to be faithful to the original song, I found that it was better to do so indifferently. It could be sang like how excited children would sing loudly on their way home from school, because of the possible options I felt that singing was getting more interesting. 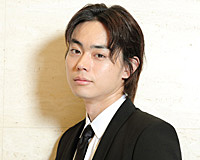 Q: What do you remember about the summer breaks when you were still middle school students?

Hirose: I had club activities. However a bag with a basketball, shoes, towel and water bottle was really heavy…… I didn’t enjoy walking so with a heavy heart, it felt even heavier on my way to school (laughs). Nevertheless, I had fun once I reached school and got to play basketball earnestly.

Suda: Eh~. But I enjoyed travelling to and fro between home and school.

Hirose: it took me about 20 minutes to walk from home……

Suda: Eh! It took me 40 minutes! I might have walked even more (laughs).

Q: Does Suda-kun have any memories of the summer breaks?

Suda: Memories of summer as a middle school student…I am still searching for a memory which I can share.

Hirose: Because you only have the memories that can’t be shared?

Suda: It’s not that (laughs). Ah, I thought of something adorable. My family would visit Awaji Island every summer. We would always stay in this lodge where guests could play with fireworks and swim. Guests could also participate in bingo competitions, because I wanted the prize which was a huge water cannon, I whined a lot when I didn’t win (laughs). 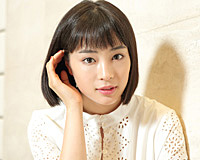 Suda: Even though there was a girl who was like Nazuna……she was not Nazuna. How was she like? Someone who didn’t fit in with the local culture. Such girls are amazing. Was (Hirose) like Nazuna?

Hirose: It’s not that long ago for me! Not even fragments of her (laughs). Anyway I had been playing basketball.

Suda: Did you say things like Nazuna 「Let’s run away」?

Hirose: Nope (laughs). Although I did say things like 「Let’s go a candy store today!」.

Hirose: Why? I never even went with boys before.

Suda: In the end, it is just a man’s delusions of the receiving party.

The reality of this production becoming a great hit

Q: What do you think about the response this time?

Hirose: It will be distributed in 110 countries right.

Suda: It will be translated into 110 languages!?

Q: There are countries using the same language, so unlikely 110 languages.

Hirose: I want to hear it (laughs).

Suda: It may also be interesting to find out the responses to 「What do fireworks look like from the side?」 overseas. And their reactions to Japanese-influenced summer festivals and yukatas.

Hirose: I was thinking that 「this production may become a great hit」 after knowing that it was going to be released in many countries.

Suda: Regarding the anticipation of this production, blind to my own shortcomings, I can kind of sense it from the conversations. Normichi has many lines that are 「……」 in the script where he just gestures. I was told to breathe softly and think about 「wanting to react」, I was then able to express those parts properly. Such silences are important in conversations, and I’m happy that the animation requested them. I strongly see the possibility of the completed movie becoming a great hit.