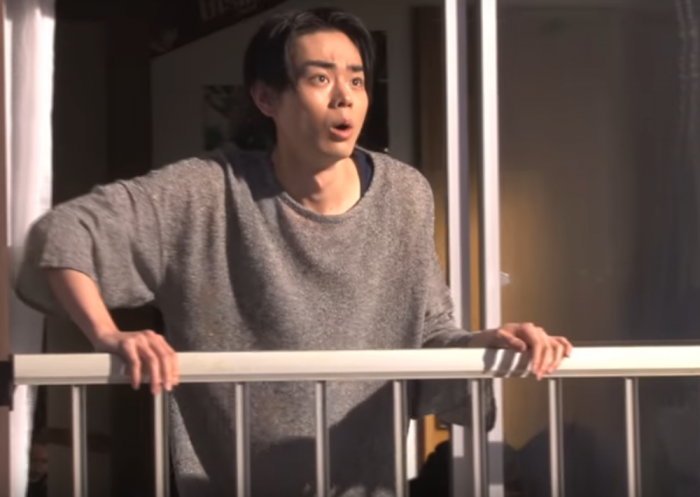 To commemorate 『Granblue Fantasy』’s third anniversary, Cygames is giving 10 million yen to a lucky winner. It was delivered to Suda Masaki in 2 ways: via a gigantic chikuwa (bamboo-shaped fish paste) that was about to knock down his house which he exclaimed that it was not alright at all; and via services by 150 osteopathic therapists (or perhaps chiropactors) which he cried out that his shoulders were going to break. Poor guy~ He rather not have his subjective reward.

Don’t think I’ll get down to translating the talk but basically, it was about how he felt about the filming process, memorable moments, and if he won the lottery, he would convert the 10 million yen into 365 tickets and spend it whenever and on whatever he wanted. He found it challenging to spend it all at one go. Last but not least, a message to the audience.