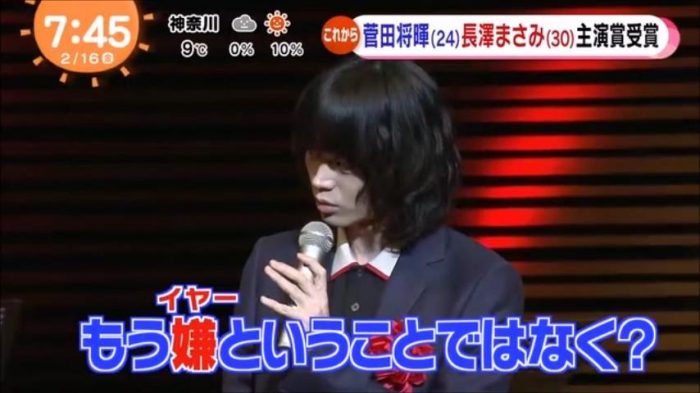 Here is a compilation of the video reports:

And a TV report from Mezamashi. The emcee commented that the media had been talking about how 2017 was the year (pronounced as ‘iya-‘) for Suda Masaki, which Suda asked if it meant ‘no more please’ (‘iya-‘ is a slang from ‘iyada’ which has multiple meanings but generally means no). Witty Suda in action!
(password hint: the url of the homepage. change to the usual extension after unzipping.)

Last but not least is the unedited version of the definitive moment: