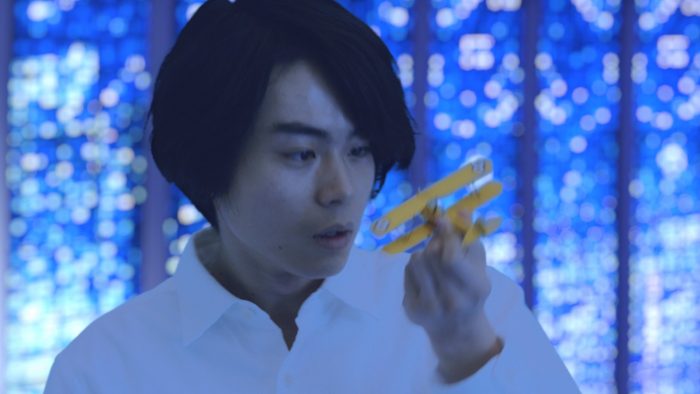 Suda Masaki will be appearing in the new commercial for 『Granblue Fantasy』, a role-playing game, from today. The title of the commercial is 『Go into the blue A-side』, and the song is 『GO』 by BUMP OF CHICKEN. More details will be added later.

[edit] Watch him leap into a painting, dive into the ocean, catch a toy aeroplane, gaze at the myriad lights, leap back to the modern world, and meet Hayami Akari. There is a 30s version which only shows his side of the story (not available on the official channel) while the 60s version below combines both his and Hayami’s parts.