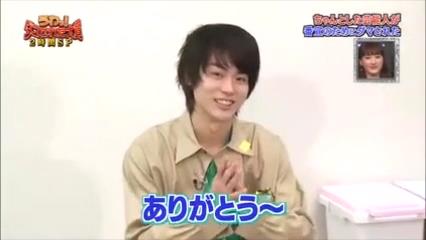 It is a variety show where artistes get pranked, and Suda Masaki and Hirose Suzu were one of the targets. They thought it was another interview session for 『Uchiage Hanabi, Shita Kara Miru ka? Yoko Kara Miru ka?』. 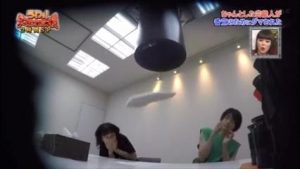 Suda’s expression was surprisingly cool when the gigantic vent broke through the ceiling. They had to play a game in Russian roulette style where the first batter would choose a coloured wire to cut, and if he or she selected the right one, confetti would fall from the vent on to his or her opponent. 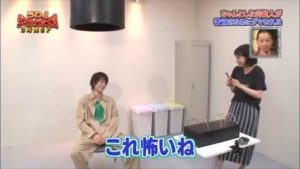 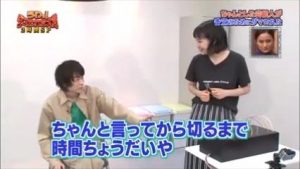 Suzu went first. When Suda sat on a chair under the vent, he said that it felt intimidating. Suzu said that she had decided on the colour of the wire but changed her mind twice before cutting the grey one. Suda lamented that she took too much time while he suffered from the suspense. 3…2…1…cut. Safe~ 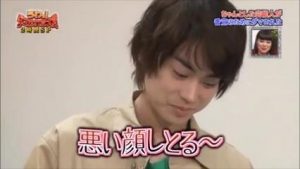 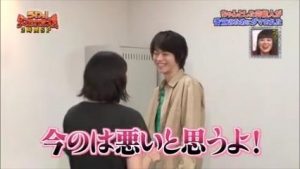 So they exchanged places, and Suda had his evil face on. He chose the orange one, and at the count of 3…2…cut. Suzu couldn’t help but exclaimed that he was being mean. Nevertheless, it was safe too~ 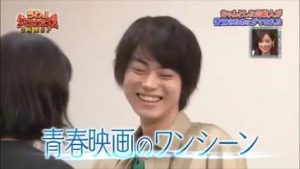 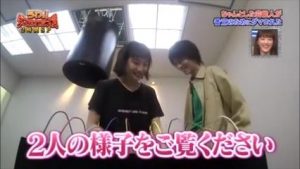 The staff thought that they were filming a movie about youthfulness while they were just playing a game of Russian roulette. So did the guests. 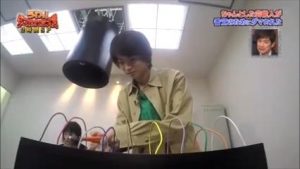 We finally see a weakness. Suda couldn’t use pliers well. 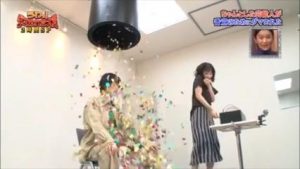 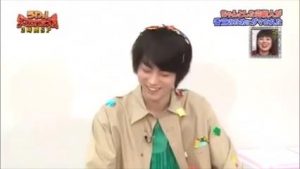 After a few rounds, it was Suzu’s turn and she chose red. The staff asked if that was really her choice. YES. Be prepared to be bombarded by confetti, Suda! BOOM. Poor Suzu ended being frightened by it rather than Suda. 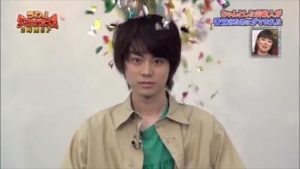 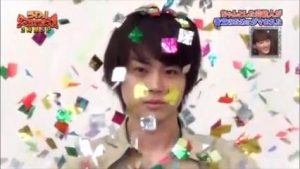 Suda was sooo cool about it that the raining confetti scene could be reproduced into a music video instead. 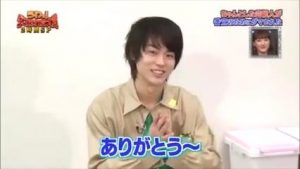 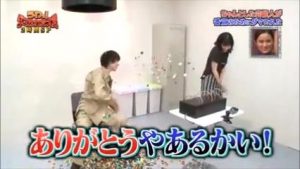 『Uchiage Hanabi』 Duo Cut
(password hint: the url of the homepage)
[edit] Dead. It was reported by someone and taken down. [/edit]