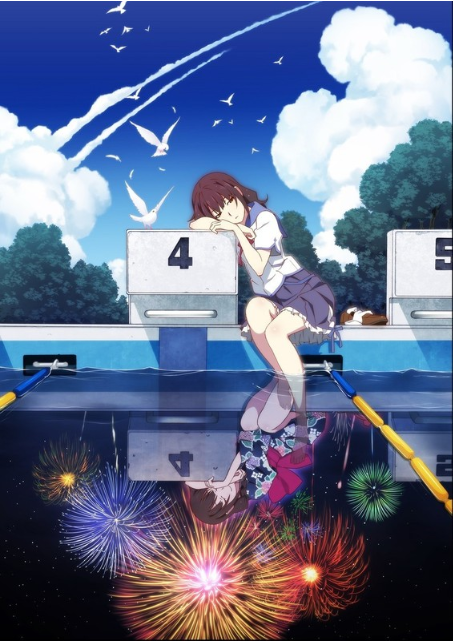 Suda Masaki will be challenging voice acting for the first time! He will be voicing Norimichi, the love interest of Nazuna (voiced by Hirose Suzu), in 『打ち上げ花火、下から見るか? 横から見るか?』 (『Uchi Age Hanabi, Shita gara Miru ka? Yoko gara Miru ka?』) / 『Fireworks, Should We See It from the Side or the Bottom?』. The animated movie will be released on 18 Aug 2017. A live action special/movie was released in 1993/1995, written and directed by Iwai Shunji who is a renowned director domestically and internationally. More details will be added later. [edit] Ohne Hitoshi will be writing the script for the animated movie, including modern elements to Iwai’s original script. I wonder why Iwai isn’t writing the script this time. He has made animated movies before. It will be produced by Studio Shaft and directed by Takeuchi Nobuyuki, who is the animator for some Ghibli  and Monogatari movies. And Miyano Mamoru will be voicing Yusuke, one of the boys with Norimichi who fusses over fireworks.