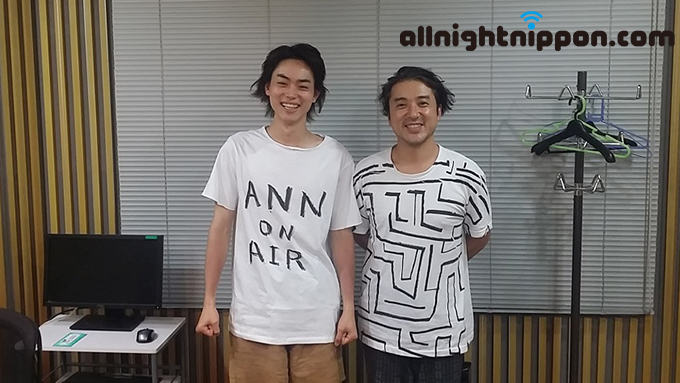 Aired on 10 Jul 2017. Do let me know if there is any issue as I only did a quick skim through the audio.

Muro Tsuyoshi was the guest for this show. He was worried how it would turn out as when Yamada Takayuki came to the show, Suda Masaki felt that his position as the host was threatened, and he couldn’t help but became the guest instead. Muro Tsuyoshi even teased Suda for ranting about Yamada before the show (which Suda denied profusely), and urged Yamada to call in. The latter was listening to the show and called. Poor Suda was about to have a heart attack~

AllNightNippon – Episode 14
(password hint: the url of the homepage)

The 14th official blog post can be found [here].