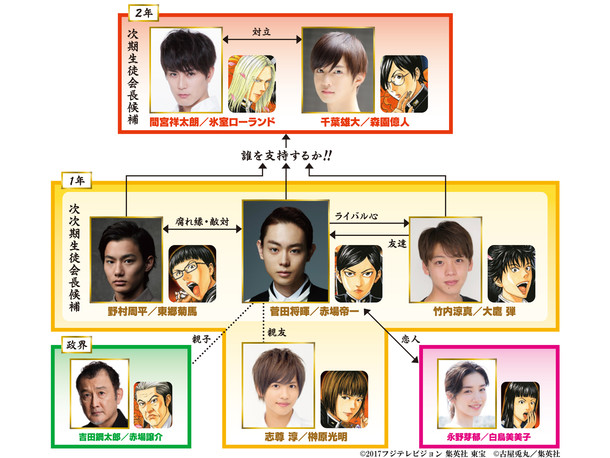 The other cast members of 『Teiichi no Kuni』 has been announced:

And most of us already know that Suda Masaki will be protraying the protagonist, Akaba Teiichi, who aspires to be the Prime Minister and making Japan the number 1 country in the world. It will be released on 29 April 2017. Will translate Suda’s tweet later.